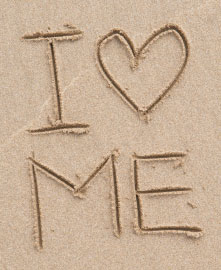 Working in the mental health industry, I have seen a variety of mental health disorders. For each disorder or condition there is usually one patient that epitomizes the condition for me. The person that best exemplifies narcissistic personality disorder is Violet.

Violet had many of the classic symptoms of narcissistic personality disorder. Some of the symptoms included:

Violet had led a charmed narcissistic life in that her family always fed her need for attention and were willing to go along with her demands and inflated self-image. However, once she became older, she lost the core members of her family and had a more difficult time coping and maintaining a functional life. Her early childhood gives some clue as to the underlying root of the disorder. Many medical professionals believe that narcissistic personality disorder may be rooted in a childhood that included excessive pampering. However, there is also the possibility that, as with many other psychological illnesses ,the cause could be genetic or biological.

By the time Violet made it into my life, she had been misdiagnosed multiple times, possibly as a result of her manipulative behavior and need for attention. She had become accustomed to being entered into a hospital setting with new therapists and mental health care workers and being given the latest medication. Once she was diagnosed with narcissistic personality disorder, however, it was made clear to her that she would not be given additional medications. The only treatment for this condition is psychotherapy.

Initially, she was unwilling to commit to the potential years of psychotherapy it can take to create positive results. Fortunately, she eventually realized this was a good way to get the help she needed and she helped create short and long-term goals with her treatment team. Her short term goals included improving her low self-esteem and the depression it caused. Her long-term goals included creating relationships that were not based on lies or manipulation. Happily, after several years of therapy, she was able to form a happy and healthy relationship and start a family of her own.

Watching her respond to her treatment in such a positive way helped me realize how much I loved my profession and gave me a newfound dedication to it. Has there been a person whose struggle inspired you to go into the mental health field?