While working in the mental health field, I’ve met many people who suffered with some form of anxiety disorder. There are several types of anxiety disorders, and severity can range from mild to debilitating. Typically, by the time a person seeks help, the anxiety disorder is seriously affecting some portion of their life. 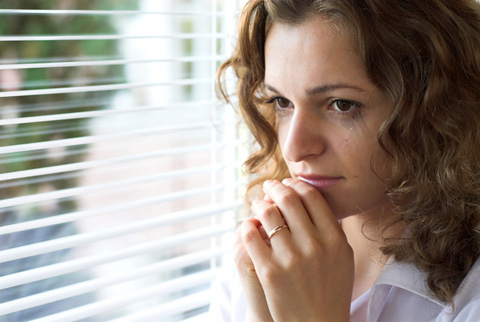 Most anxiety disorders can be broken down into a few broad categories, which include phobias, post-traumatic stress disorder, panic disorders, and obsessive-compulsive disorders. Within each of these categories, there are smaller subsections that specifically describe individual characteristics. As with many mental health conditions, it is difficult for both the patient and the patient’s friends and family to understand the disorder. It is important to help the patient understand the anxiety disorder is not their fault, and to help both them and their support network understand what the condition means to them.

One of the ways many patients realize they have an anxiety disorder is when there is no physical cause for the physical manifestations of their disorder. Many of the symptoms are consistent regardless of the specific disorder. Physical symptoms may include shortness of breath, increased perspiration, headaches, dizziness, and irregular heartbeat. Because these symptoms are much like those found in patients who are having a heart attack, a person may initially be taken to the hospital, believing this to be the cause.

A phobia is a fear cause by specific situations or objects. Situational phobias, such as being afraid of closed spaces or wide-open spaces, may limit a person’s ability to participate in daily life. The fear of closed spaces (claustrophobia) may make riding in elevators impossible, and the fear of open spaces (agoraphobia) may make it difficult or impossible for the patient to leave his or her home at all. Object phobias can range from animals to natural phenomena. There are hundreds of documented phobias, each one capable of causing a person serious distress.

Obsessive-compulsive disorders may not initially seem like anxiety disorders, however, when the patient tries to stop himself or herself from completing the targeted tasks, they will experience severe anxiety. These task are self-imposed and vary from person to person, however, each task must generally be repeated a certain number of times or be performed in an exact order.

The treatment for anxiety disorders varies depending on the type and severity of the disorder. Currently treatments can include behavioral therapy, medication, psychotherapy, or a combination of treatments.

Have you found there is more lingering prejudice against people with anxiety disorders as opposed to people suffering from other mental health problems?