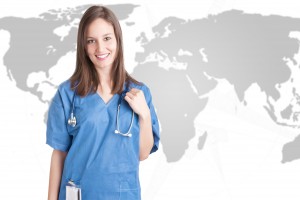 Whether you’re considering a permanent job or a travel assignment there are some states which are expected to have a higher need for nurses than average in the coming years including the following:

When it comes to a demand for nurses, California usually tops most lists. The minimum patient to nurse ratio requires hospitals to staff accordingly, which is one reason there is a shortage of nurses in some parts of California. From San Francisco to San Diego, there are several great cities for healthcare travelers to explore and often various jobs to choose from.

Two of the fastest growing cities in the country are Charlotte and Raleigh in North Carolina. In response to the population growth, new medical facilities have opened, and nurses are needed to fill those positions. North Carolina is an excellent location to take a travel assignment. Between its rich history and beautiful coastal cities, there is a lot to see and do.

Arizona ranks fifth in population growth in the United States, which creates a need for more medical care including nurses. According to the United States Department of Health and Human Services, in the next ten years, about one-third of current nurses in Arizona will be retirement age, which should create a large demand for nurses.

While Arizona and Florida continue to be popular retirement destinations, Texas is catching up. With no state income tax and a relatively low cost of living, some parts of Texas are experiencing a population growth, especially of retirees. A growth in population often results in an increased need for medical care.

Although Alaska is a big state, it does not have a large population. There are also only a handful of registered nursing programs in the state, which means a large number of nurses come from out of state. When you think of a nursing travel assignment, Alaska may not be the first state that comes to mind. But with the high demand, you might want to consider something a bit different and take an assignment to the 49th state.