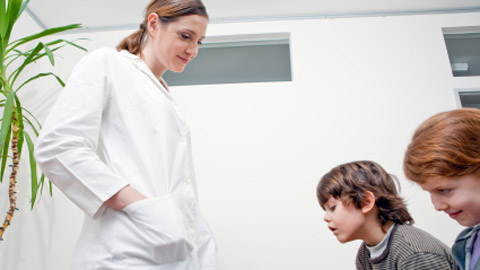 I thought this might hinder patient care at first, but after getting to know the nurse practitioners, I realized they were not only capable, they were also competent and caring.

I also heard more than one family member say how they preferred talking to the nurse practitioner, rather than the assigned doctor, because the nurse practitioner was more patient, appeared to have more time to answer questions, and was able to communicate on a level they found easier to understand. Whereas the doctors always seemed pressed for time, although polite, they tended to use more medical terminology that made them hard to converse with.

For those of you wondering what exactly a psychiatric nurse practitioner can do, let me give you a brief explanation. They may take medical histories, conduct psychological or mental assessments, create and implement a treatment plan, and provide ongoing care. In some states, they can prescribe medications, but often the ability to prescribe controlled substances is limited. In most states, they must have a doctor’s approval for at least some forms of medications.

Becoming a nurse practitioner first requires a Bachelor of Science in Nursing followed by passing the test to become a registered nurse (RN). Most of the psychiatric nurse practitioners I worked with began this way, or else they started as an LPN and worked their way up to RN while working as a nurse. I think this was most popular because it gave the nurses a chance to explore different areas of nursing and once they found their niche they wanted to expand their opportunities. After becoming an RN, the nurse would enroll in a Master’s degree program and choose the educational focus they identified as their preferred career focus – in this case, psychiatric care. Some of the nurse practitioners that I worked with actually knew before starting their education exactly what they wanted and they remained in school continuously throughout the process. While both methods produced excellent results, I often thought those who had first been nurses were happier with their work.

How did you become a psychiatric nurse practitioner? Did your training prepare you for the realities of your job?