I first became familiar with speech therapy when a young cousin needed help with her speech impediment. Her mother and the teachers at the school helped develop a plan to help improve her speech, which involved a weekly session with a speech therapist. I never thought much more about it until my great uncle had a stroke and lost much of his ability to speak. A speech therapist was employed by the rehabilitation nursing home he was sent to, and she helped him regain much of his ability to communicate. This made me realize that there is an amazing need for speech therapy in both the younger and older generations. 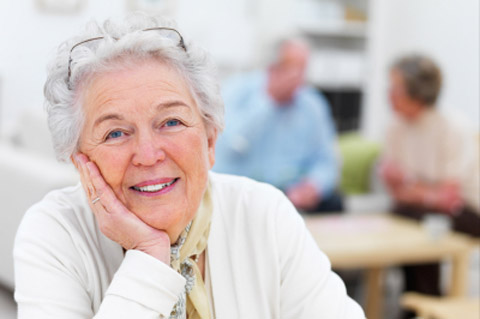 Geriatric speech therapy has become an increasingly popular field. Baby boomers have brought the elderly population to new heights, with an even larger increase expected in the near future. This has led to an increase in the demand in speech therapists that specialize in helping elderly patients. Some of these patients need general help due to the natural aging process, while others need help with specific problems related to an underlying medical condition.

As you grow older, your vocal cords become less elastic and your larynx muscles weaken. This makes it difficult for many elderly people to speak as they once did, and it makes it more difficult for those around them to understand what they are saying. Speech therapy can help teach the patient to speak in a new way, with vocal exercises that will help them communicate more effectively. This benefits both the family and the patient tremendously. Because this is a condition that affects many people as they age, even if they have no other medical conditions, it is possible that geriatric speech therapy will grow even faster than other forms of geriatric care.

With my great uncle, his speech problem began after he had his stroke. This type of language impairment is called aphasia and is common in stroke victims. He received intensive speech therapy. His speech therapist worked with him several times a week for many months and then slowly backed down to once or twice a week. Eventually his speech did improve a great deal, although never what it was prior to the stroke. Still, he and the entire family were very grateful for the help of the speech therapist, and he was overjoyed at being able to communicate effectively with his family, friends, and doctors once more.

There are a number of environments where a speech therapist who specializes in geriatric care could thrive. Nursing homes, retirement communities, hospitals, and home health care centers may all contract with someone with this sort of expertise. If you are a speech therapist, have you ever considered focusing on geriatric patients? Do you prefer the challenges of working with the elderly?