I became very familiar with the field of oncology when my father was admitted to the hospital with cancer a few years ago. As I was the only person able to organize his care, I learned a great deal about the various specialties and how the doctors and nurses worked together. For the longest time, I thought the person I was seeing so frequently at first was a doctor, and it wasn’t until my father had been in the hospital that I found out “Dr. John” was actually a physician assistant. 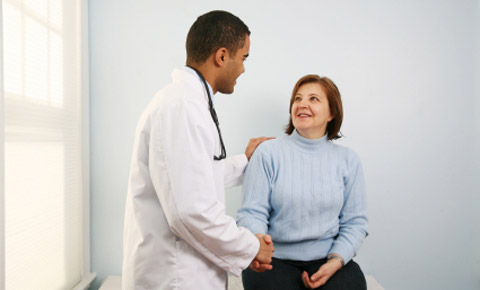 His primary oncologist was Dr. Butler, which I knew, I simply thought Dr. John was another doctor on the team. I saw him more often than Dr. Butler, although I liked them both equally. Throughout my father’s various treatments and hospitalizations, I would come to realize that there are numerous physician assistants in the field of oncology.

A physician assistant can do many of the things a doctor can, such as ordering lab tests and x-rays, taking a medical history, making a diagnosis, recording notes, counseling and instructing patients and their families, and prescribing some medications. Dr. John did all of these things in conjunction with Dr. Butler. I found that while Dr. Butler was certainly keeping an eye on my father’s case, Dr. John did more of the day-to-day routine work and visiting with patients. He was also my contact person if something seemed off or there was a problem at the hospital. I was able to call him when my father took a turn for the worse one night and the nurses were not as concerned as I thought they should have been. The ability to get in touch with the “doctor” actually saved my father’s life because there had been a mistake with one of his medications.

Once my father finished his treatment and was released from the hospital, we began having quarterly appointments at the oncology clinic to watch for reoccurrence of the cancer. While we usually saw Dr. Butler, we often saw another of his physician assistants as well. She has been a great asset in follow up care, and is usually who we speak to first to ask questions. Usually she is able to help us, but the questions she isn’t able to address are given over to Dr. Butler to handle.

As we have established in previous posts, I’m a chatter. Fortunately for me, all of the physician assistants that worked with my family were open to taking the time to chat with me whether about my dad or just to satisfy my general curiosity. I found that Dr. John had become a physician assistant in oncology because of a family history of cancer and that he was so inspired he wanted to become an oncologist. The last time I spoke with him, he was pursuing his degree in medicine. Jill, the physician assistant at the oncology clinic, chose the field because she had enjoyed volunteering in the cancer wing when she was younger and was quite satisfied with her position.

What made you decide to work in oncology? Was becoming a physician assistant your primary goal or is it a step on the path towards another goal?