The mandatory reporting of child abuse is one of the worst parts of any school healthcare worker’s job. Whether you are a school nurse, school therapist, or hold any position with daily contact with students, it is a task you will likely be called upon to complete. 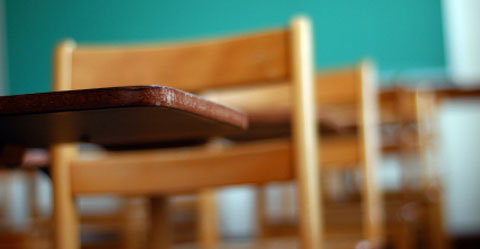 One of my good friends, Liz, became a school nurse. When a teacher would suspect physical, mental, emotional, or sexual abuse, he or she was to contact my friend. Teachers were encouraged not to report abuse to authorities on their own because of the difficulties it could cause. Instead, the school nurse and school counselor were to be informed so they could talk with and monitor the child.

Once the school officials were informed, an investigation was necessary. A physical exam by the school nurse and an emotional inventory by the school counselor were typical. No matter what the outcome, asking the questions and looking for the signs is a difficult task. Liz knew that her final decision would play an important, possibly even life changing, role in the child’s future. If she decided there were no signs of abuse when the child was being abused, the child would continue to be in danger. If she decided there were signs of abuse when the child was not being harmed, the family life would be severely affected, and the relationship with the school could be irrevocably harmed.

These are the types of decisions she had to make on a regular basis, and the stress was enormous. Several of her colleagues were not able to stay in school settings because they could not handle the emotional stress of dealing with abused children and of having to make such enormous decisions every day. Liz chose to look at dealing with child abuse as a blessing rather than a curse of her job. When she did intervene and correctly report child abuse, she knew she had saved that one child from being harmed further. She believed that if she was able to save even one child, all of the stress from the other cases would be well worth it.

The mandatory reporting of child abuse, and the investigation that precedes and follows it, is something not a lot of school nurse candidates think about. Unfortunately, child abuse is a reality, and often the only help a child may receive is from school staff. Becoming a school nurse is more than dispensing medication and attending to scrapes and sprains. The most important job of a school nurse is constant vigilance in looking after the overall well-being of all the students in the school. Helping to stop and prevent child abuse is one very important aspect of that job. Are you ready to save a child?