ESOL and ELL are acronyms that are used interchangeably and the preference for one over the other largely depends on geographic location. ESOL stands for English for Speakers of Other Languages and ELL stands for English Language Learners. Both describe students, usually children, in the educational system who are learning English as a second language. 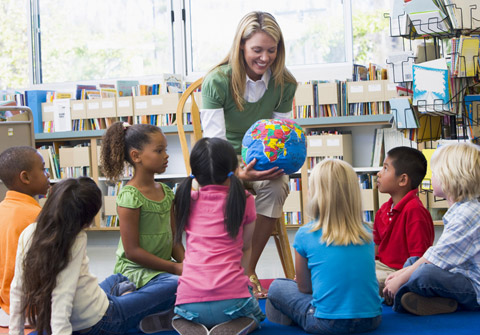 The amount of money devoted to these children depends greatly on the population of the school district they will be attending. Larger districts typically have large ESOL populations and more funding to help teach those children. Small towns often have fewer ESOL students and much smaller budgets.

Teaching students a new language while they are trying to learn everything in that language can be very difficult and frustrating at first. In many larger schools, there is a significant minority demographic speaking the same foreign language. This makes purchasing materials and software easier and more affordable. Even in many smaller schools, there may only be a handful of ESOL students all who speak the same language. However, in a very small town, there may be many years with no foreign language speakers. This means that the materials the school has available may be out of date or nonexistent when new students do arrive.

Living in a large city, this is not something that had ever really occurred to me. I have, in the past, taken for granted the resources available at the local schools in my area. Diversity was a way of life for me and not an unusual occurrence. However, as I have widened my social and work networks online, I realize that small towns really do have a more difficult time educating ESOL students. Not because they are less devoted to educating all children equally or because they think less of students from other countries, but because the funding is not as readily available.

If a small town school has one student that is learning English, they will probably be able to afford either workbooks or basic software. If more students arrive speaking the same language, they can build up their collection which benefits both students. As that student population demographic rises, so do the resources. It may be a slow process, but there is some potential. On the other hand, if the small school gets several ESOL students who all speak different languages, it is virtually impossible to provide more than rudimentary assistance in their native language. The students would be taught primarily using the immersion method, meaning almost all of their instruction would be in English. Some educators prefer this method altogether; however, it is much more difficult in the beginning.

If you are considering becoming an ELL or ESOL teacher in a small town, it is important to realize you may not have all of the resources at your disposal that would be available in a larger school district. Be prepared to look for alternative funding methods and to do a great deal of creative work on your own. However, having a smaller population to work with does allow for more face to face time with each student, which makes the overall transition to English much easier.