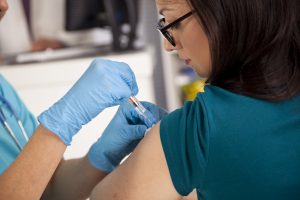 The fall season may mean football games, hayrides, and cooler weather. It also means the start of the flu season. The flu can affect anyone, but healthcare travelers who are providing direct patient care are especially at risk of contracting the flu. END_OF_DOCUMENT_TOKEN_TO_BE_REPLACED 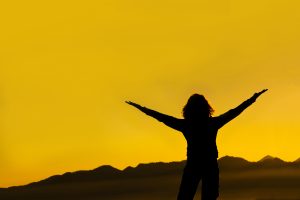 May is Mental Health Awareness Month. According to the National Alliance of Mental Illness, roughly one in five people in the U.S. are affected by mental health disorders. Unfortunately, some people do not seek treatment due to embarrassment or shame.

Although some progress has been made, there is still more that can be done to change misconceptions about mental health issues. Mental health awareness month is a time to help get rid of the stigma and change the perception of mental illness.

As a healthcare traveler, you will likely encounter patients that have mental health issues. Having a better understanding of mental illness may help you be more compassionate and work more effectively with your patients. It may also help you recognize mental health issues that may be affecting you or your loved ones. END_OF_DOCUMENT_TOKEN_TO_BE_REPLACED

Curious about the future of healthcare jobs? We did some research and found some interesting information, especially about the home health industry. Check it out!

Looking for a sunny outlook in your career? Shine bright by checking out our latest home health care jobs right here. National Healthcare Decisions Day (something of a misnomer, since it’s been extended to an entire week this year) serves as a means of initiating often difficult conversations between Americans, their loved ones, and their healthcare providers, about living wills, end-of-life directives, and other types of advance care decisions. It’s understandable why many view such undertakings with trepidation, whether due to fear of death, or simply assuming it would be too much of a hassle. As a result, as many as three quarters of Americans don’t have some form of advance directive, including as many as one quarter of people aged 60 or older, for whom they are most crucial. END_OF_DOCUMENT_TOKEN_TO_BE_REPLACED

You don’t have to be a nurse to be concerned about the Zika virus. It seems that the virus is making headlines more frequently, and nurses are on the frontlines of the emerging health issue, both as caregivers and potential patients. If you’re a nurse traveler, you might wonder if you should avoid taking assignments to certain states due to the risk of contracting Zika.

Researchers are still finding out new information about Zika, but some facts are known. As a nurse, it’s helpful to become educated on the Zika virus so you can provide the most accurate information to your patients and keep yourself safe as well. Consider the following questions and answers regarding Zika.   END_OF_DOCUMENT_TOKEN_TO_BE_REPLACED It takes a lot of different skills to succeed as a nurse. Some skills are technical, such as knowing how to start an IV or change a dressing. Other skills are intellectual including calculating medication dosages or interpreting lab results.

But there are also another set of skills that are equally important for nurses to have. Soft skills are not something you can easily measure, but they are an important part of being a good nurse. END_OF_DOCUMENT_TOKEN_TO_BE_REPLACED

Whether you’re considering a permanent job or a travel assignment there are some states which are expected to have a higher need for nurses than average in the coming years including the following: END_OF_DOCUMENT_TOKEN_TO_BE_REPLACED If you are between travel assignments and are looking for a way to fill the gap, volunteering may be an exciting and rewarding way to spend your time. There is a wide variety of volunteer opportunities for nurses both in the United States and internationally. END_OF_DOCUMENT_TOKEN_TO_BE_REPLACED Working in an acute care hospital or medical center is a great place to start your nursing career. In fact, most new graduates start out in a hospital and with good reason. In a hospital setting, you will likely see a large variety of illnesses and work with different types of patients. Working in a hospital is a great way to gain nursing experience and learn new things.  END_OF_DOCUMENT_TOKEN_TO_BE_REPLACED

The Upper Tampa Bay Chamber of Commerce recently announced the 2013 Business of the Year award recipients in an event hosted by The Tampa Bay Downs. Sunbelt Staffing was named the 2013 Large Private Sector Business of the Year.  Ken Kistner, Division Director, accepted the plaque on behalf of the entire Sunbelt Staffing team at the awards ceremony. Check out the event here:

2013 UTB Chamber of Commerce Businesses of the Year For more information about the Upper Tampa Bay Chamber of Commerce, visit: http://www.utbchamber.com.